The USD rose on Monday, hitting a three-week high versus the yen after the U.S. Senate approved a major tax overhaul over the weekend that aims to cut taxes for businesses, while proposing a mixed package of changes for individual Americans.

The Republican tax legislation would be the largest change to U.S. tax laws since the 1980s. Republicans want to add $1.4 trillion over 10 years to the $20 trillion national debt to finance changes that they say would further boost the economy.

Talks will begin, likely this week, between the Senate and the House of Representatives, which already approved its own version of the legislation, to reconcile their respective bills.

But I expect USD gains to be capped by political concerns in Washington surrounding the Russian involvement in the US election. This is a story that just won’t go away.

Former national security adviser Michael Flynn was the first member of Trump’s administration to plead guilty to a crime uncovered by Special Counsel Robert Mueller’s investigation into Russian attempts to influence the 2016 U.S. election and potential collusion by Trump aides.

Some market participants were also skeptical about how significant the impact of the tax bill would be on U.S. growth.

Traders are also focused this week on the key U.S. non-farm payrolls report, with analysts forecasting a 200,000 jobs gain for November versus 260,000 the previous month.

This would be the last employment report before the Fed holds its last policy meeting for the year next week and markets have already priced in a rate hike for that meeting.

However, currency markets expect the Fed to raise rates only slightly more than twice next year. Even though U.S. 10-year U.S. yields were higher on Monday, they remain effectively within a 15 basis-point range over the last two months.

Sterling slipped from a six-month high against a trade-weighted basket of currencies on Monday after European Commission President Jean-Claude Juncker and British Prime Minister Theresa May failed to reach an agreement on a divorce deal.

Juncker told reporters that despite significant progress during May’s visit to Brussels, two or three open issues remained and “it was not possible to reach a complete agreement”.

Sterling fell around a cent on the news, hitting the day’s lows of $1.3415 but it recovered to trade at 1.3473 by the end of the European session, almost flat on the day.

The Canadian dollar retreated on Monday from an earlier five-week high against its broadly firmer U.S. counterpart, as oil fell and traders weighed how Friday’s robust jobs data will affect a Bank of Canada interest rate decision this week.

We’ve got a load of data across all timezones with just about every major pair in the firing line so it’s definitely a good day to tune in to the market. 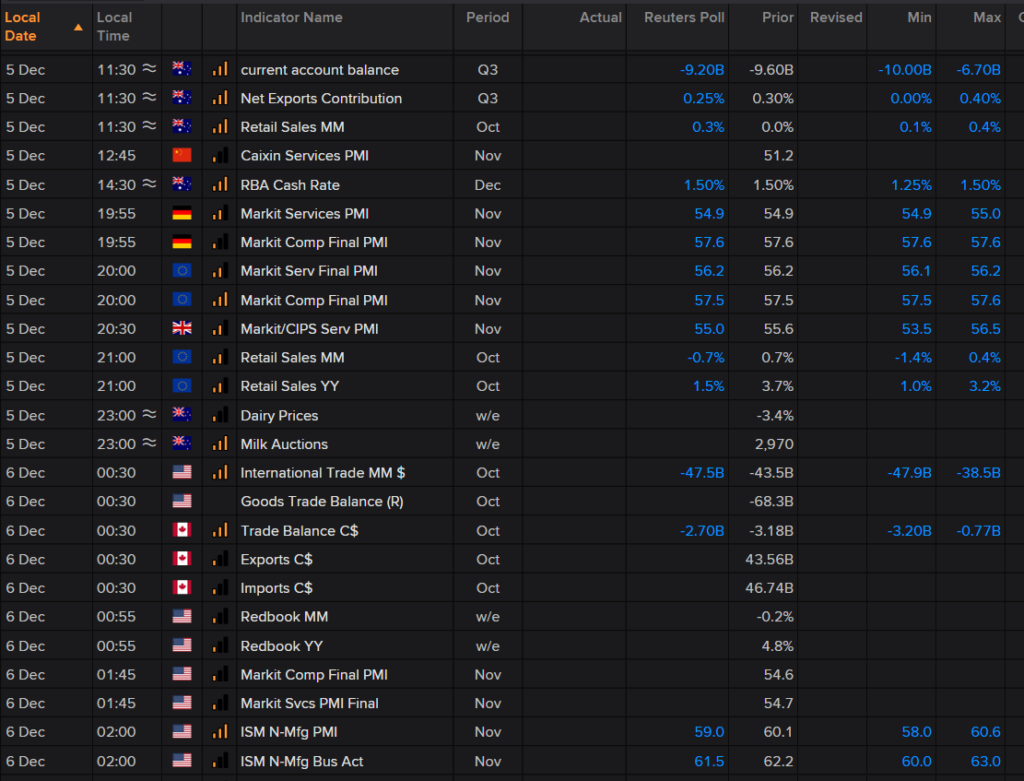 The majors haven’t done a lot despite the amount of geopolitical news that was coming out of the media outlets. I think the markets woken up to the propoganda being released and are focusing on the economic rather than the repetitive news on the US tax bill etc. 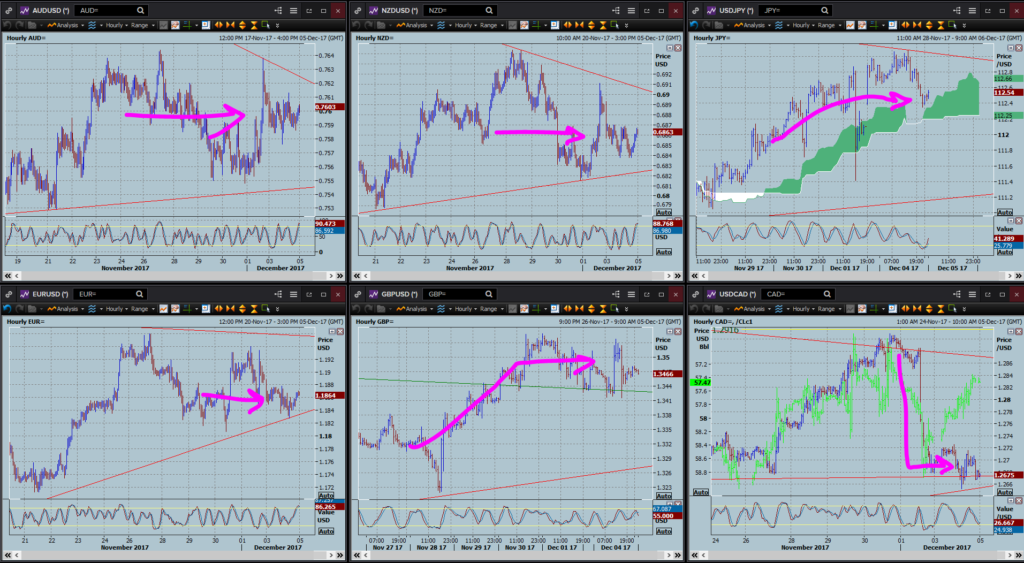 Continues to drift sideways but that may change today as we have 2 rounds of data releases. The 2nd being the RBA meeting. Trade with the data.

Grinding sideways. Keep an eye on the Global Daity Prices released in the European session.

Drifting back into the range. Direction will come from the US data today.

Slowly climbing with the USD but lacks serious momentum. Keep an eye on the US data today.

Oil startng to creep back in as the main driver. Also keep an eye on today’s Trade Balance data. It’s come along way very quickly so we may see a squeeze higher.

Potential Strategy: Trade with the data but the RBA will have the final say! 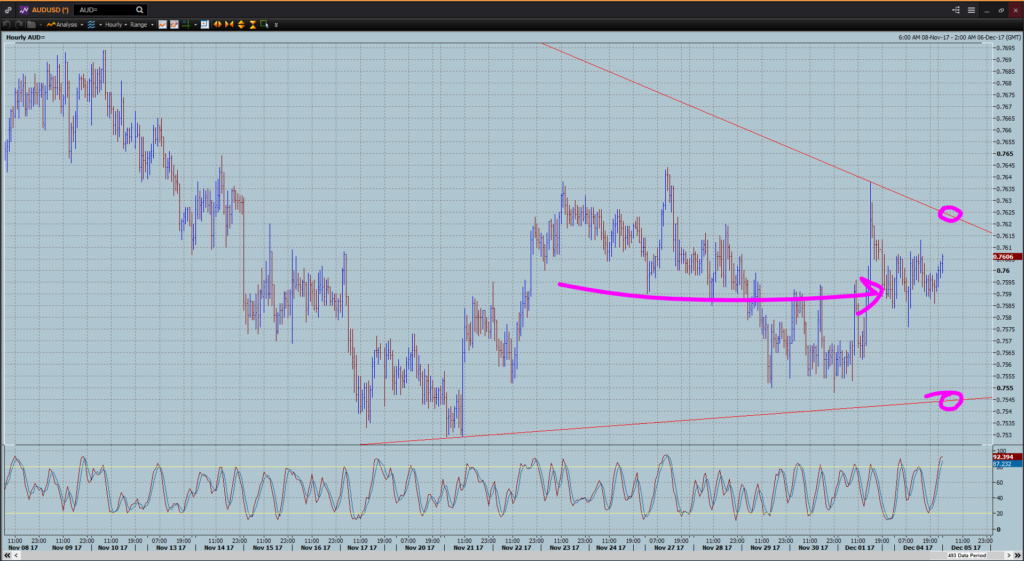 We’ve got a load of data today and the majors are gagging for ‘something’ to get some movement.

I know it’s a little tricky with the US geopolitical crap continuing but there should still be some opportunities in today’s data, even if it is only short term.

What Happened Yesterday The Republican-controlled U.S. House of Representatives approved sweeping, debt-financed tax legislation on Tuesday, sending the bill to the Senate, where lawmakers were…