It was a pretty quiet start to the week and that was to be expected with a very thin economic calendar until Wednesday.

The USD Index consolidated around 92.50 and most major pairs traded in tight ranges with the near-term focus on a possible Senate vote on a U.S. tax plan later in the week.

Market participants are also waiting for a confirmation hearing on Tuesday for Federal Reserve chair nominee Jerome Powell, hoping for further clues on the outlook for the Fed’s monetary policy.

In remarks prepared for the hearing released by the Fed on Monday, Powell defended the U.S. central bank’s use of broad-crisis fighting powers.

Regarding the Fed’s current monetary policy, Powell said in the prepared remarks: “We expect interest rates to rise somewhat further and the size of our balance sheet to gradually shrink”.

The trough hit on Monday marked a drop of about 3.4% from the dollar’s near eight-month high of 114.73 set in early November.

Worries about potential delays in the implementation of U.S. tax cuts and the possibility of proposals being weakened have weighed on the USD in recent weeks.

At the same time, the Yen has been supported as risk sentiment has faltered, partly due to weakness in Chinese equities in recent trading sessions.

Since the low-yielding Yen is often used as a funding currency for investment in riskier assets, it tends to be bought back when risk sentiment sours.

The USD has been hampered recently by uncertainty over the prospects for U.S. tax reforms, including tax cuts.

Republicans are hurrying to bring the U.S. Senate version of their tax bill to a Senate vote, possibly as soon as Thursday.

But Senate Republican leaders did not appear on Monday to have enough votes to pass the legislation, with about a half-dozen Republicans viewed as potential “no” votes.

Republican Senator Ron Johnson said he would vote against the bill at a Budget Committee hearing on Tuesday unless his concerns are resolved, according to his office.

Republican Senator Bob Corker said on Monday that he could oppose his party’s tax bill over deficit worries, but added that Republicans were working to resolve his concerns.

The Euro will definitely be in focus with a few key European and US releases.

The USD has clawed back a bit of ground on most of the majors but surprisingly the Kiwi has bucked the trend. 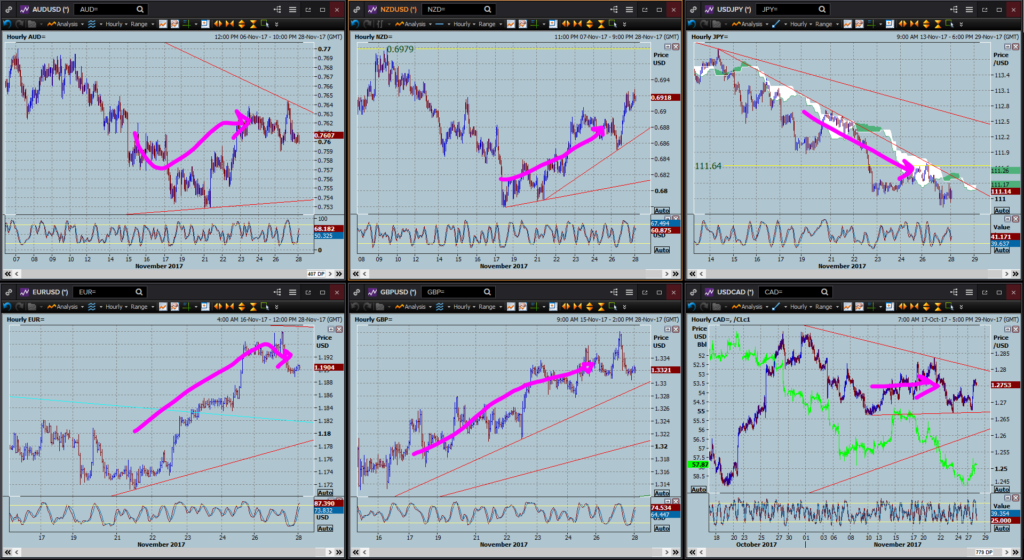 The odd one out. Still looks like a short squeeze towards 0.7000 is on the cards.

Sideways trading expected as the US tax reform comes into focus. Chance for false breaks either side.

Trading still erratic with Brexit hanging in the balance. Short term trades the only real option as momentum shifts daily.

Consolidating around 0.9800 as we await US data or news on US tax reform.

Oil pulls back from 2 year high and takes USDCAD with it. Waiting for Poloz speech.

Potential Strategy: Trade with the sentiment that follows Poloz speech. 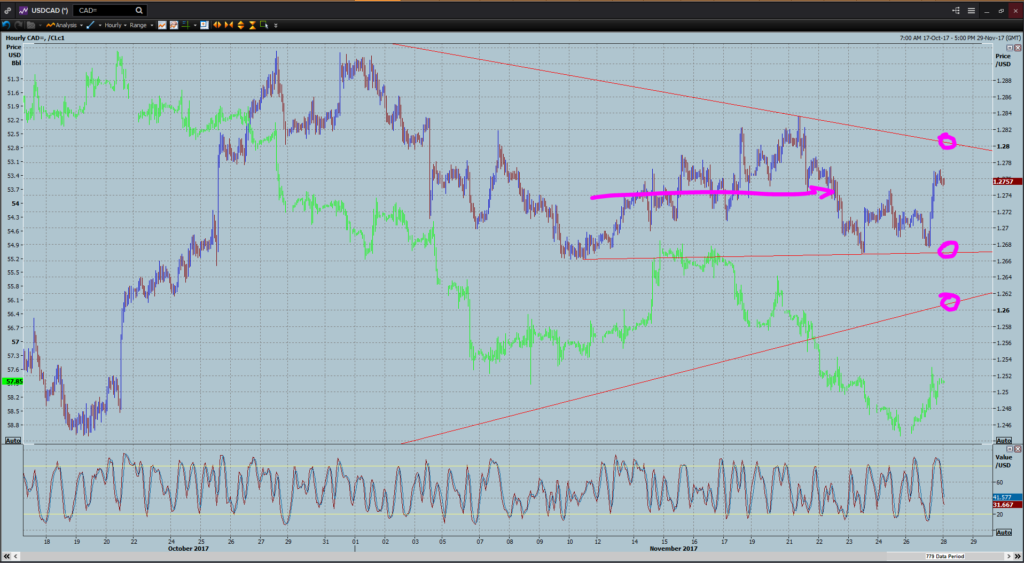 Join us for the 1st of a 5 part Series on: How the Bankers trade forex

Believe me, Hollywood has a lot to answer for!

Don’t get me wrong, the traders have a hell of a lot of fun but when the market is ‘on’ they are at full speed forward!

Today is going to be another slow burner so minimise your time in front of the screens.

The North American session is probably the pick of the day but beware ‘garbage media’ surrounding the US tax deal.

That’s surely going to create the odd random move. I’m going to be hanging out for Wednesday before I get involved.

What Happened Yesterday The Republican-controlled U.S. House of Representatives approved sweeping, debt-financed tax legislation on Tuesday, sending the bill to the Senate, where lawmakers were…