Sterling was the odd one out as it once again started to rally after Bank of England Governor Mark Carney said the central bank was turning its focus back to bringing down inflation, supporting traders views that the central bank would rein in monetary policy faster than expected.

Carney said in a speech that there was a “gradual firming” in the private sector and that a pick-up in wages over the next few years appeared to be on track, helping the bank move to the more conventional business of bringing down inflation.

The BoE has previously indicated that it is unlikely to raise interest rates further until wage pressures grow.

The quarterly inflation report, due next week alongside the BoE’s first rate decision of the year, could signal a shift with the bank focusing on a healthier outlook for economic growth rather than worrying about “stagflation”.

Still, political uncertainty in Britain around Brexit remain decisive factors in the direction for sterling.

The BOE has moved to a slightly hawkish stance after the BOE Gov’s comments. That should provide underlying support for Sterling for now.

The FED Rate Decision & Statement is today. No changes expected in Janet’s last meeting as Chair of the FED. 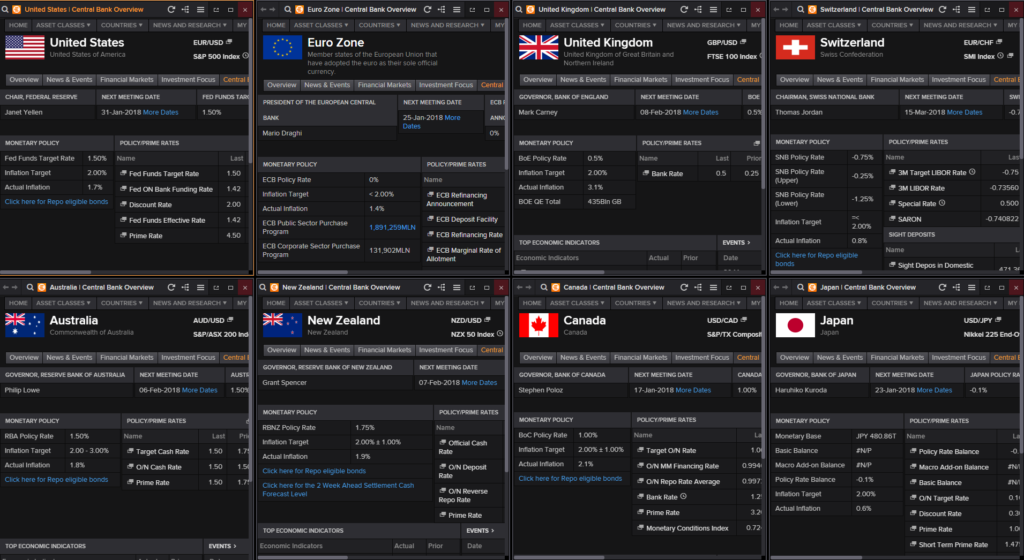 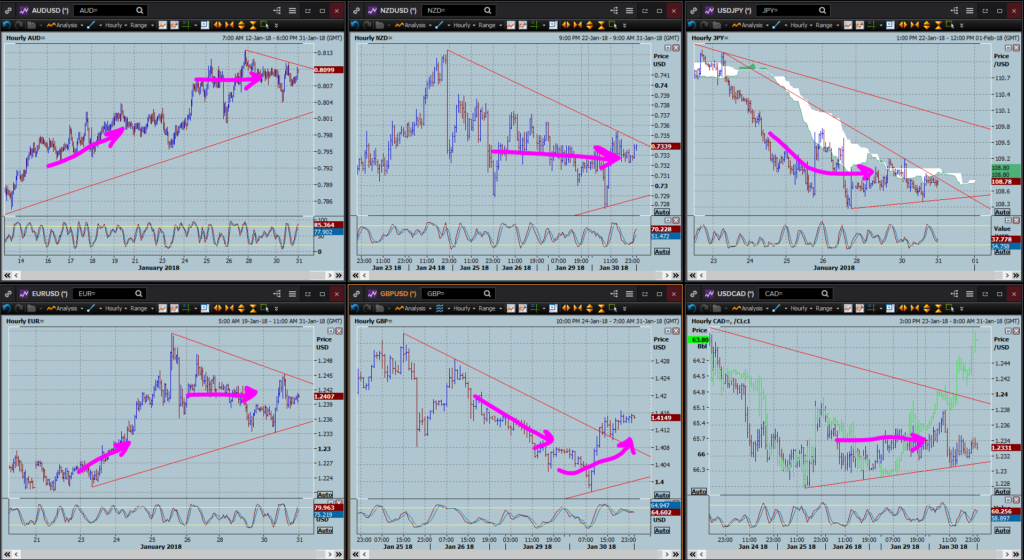 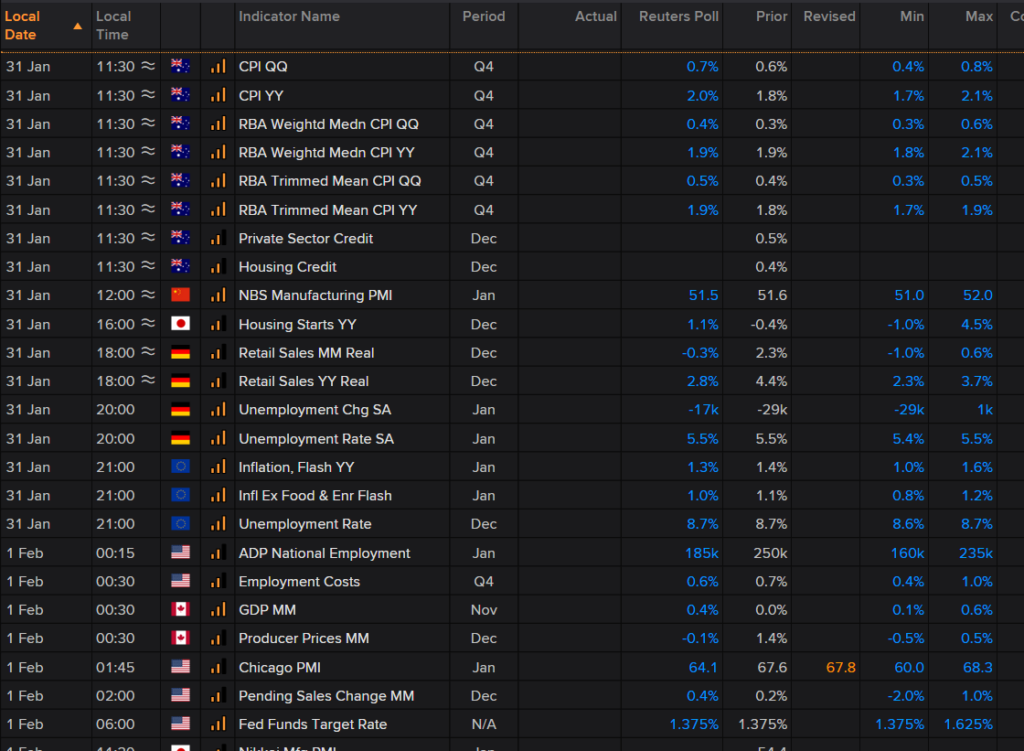 It’s a beast of a day with loads of action in all time zones.

Keep in mind the FED meeting is the mian event and will dominate all other releases if they change something. If the FED doesn’t make any changes then the earlier releases will be the way the currencies will trade.

So for the Asian sesiion tune into the Aussie CPI, Chinese Manufacturing & Trumps ‘State of the Union Address’.

In the European session we have a bunch of releases but the most important is the Eurozone CPI – as inflation is a key factor for the ECB to start tapering and adjust their stimulus plans.

The North American session we get a teezer with the Canadian GDP due out 5.5 hours before the FED decision. That’s load of time to see the CAD move about!

Then it’s the FED’s turn. This is Janet’s last meeting so I don’t see any changes …but just because we expect that, don’t get lazy and always prepare for the unexpected.

All majors will be in play so there’s plenty of action today.

Tune up your charts and get ready to trade.

Potential Strategy: The AUD is trading sideways so trade with the CPI first. Manage the position around the releases after that!

Check our Next Best Trades list for full details. 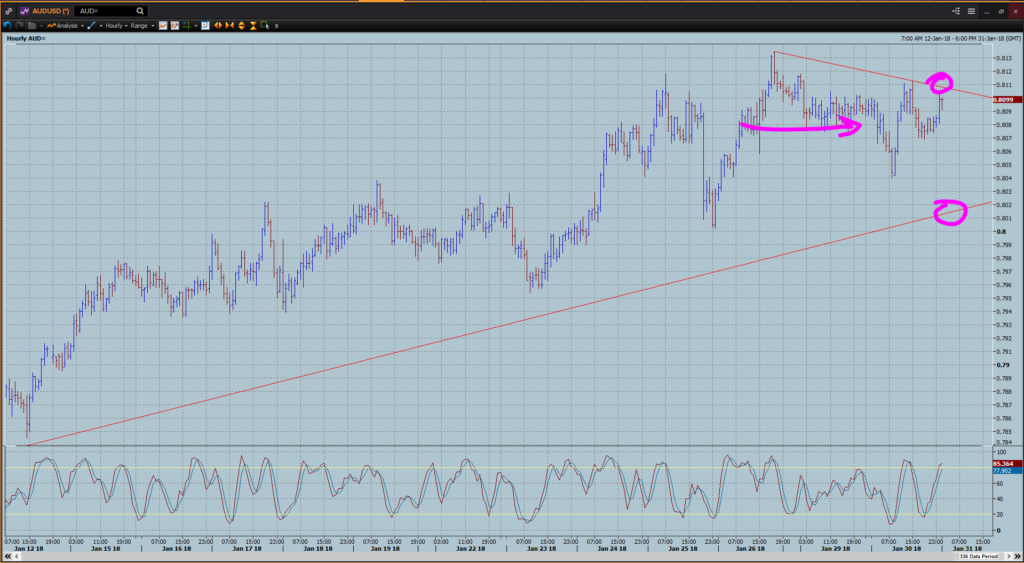