NZDUSD looks set to follow the other majors lower

Home/Analysts Forecast, NZDUSD/NZDUSD looks set to follow the other majors lower
Previous Next

NZDUSD looks set to follow the other majors lower

How We See it Playing Out

The NZDUSD looked set to break lower at the end of last week but that move was delayed by a few days after Monday’s announcement by the FED that they would begin buying corporate bonds and rolling out more stimulus put an underlying bid tone on the equity markets.

But the positive move on the equity indices, up 0.62% on the day, was pretty crap for such measures. So once the initial euphoria subsides I think we’ll see yesterday’s moves corrected and then when it breaks down through 0.6400 it should accelerate to the downside.

The Break trade is the logical strategy. That’s because when it breaks back down all upward momentum will be out of the market and there won’t be anything holding the pair up. If it continues to rally then we’ve lost nothing. So it either works or we don’t get set.

Momentum will come during the North American session so keep a close eye on the equity markets for direction. We need US equities to go down to get this trade-in play! 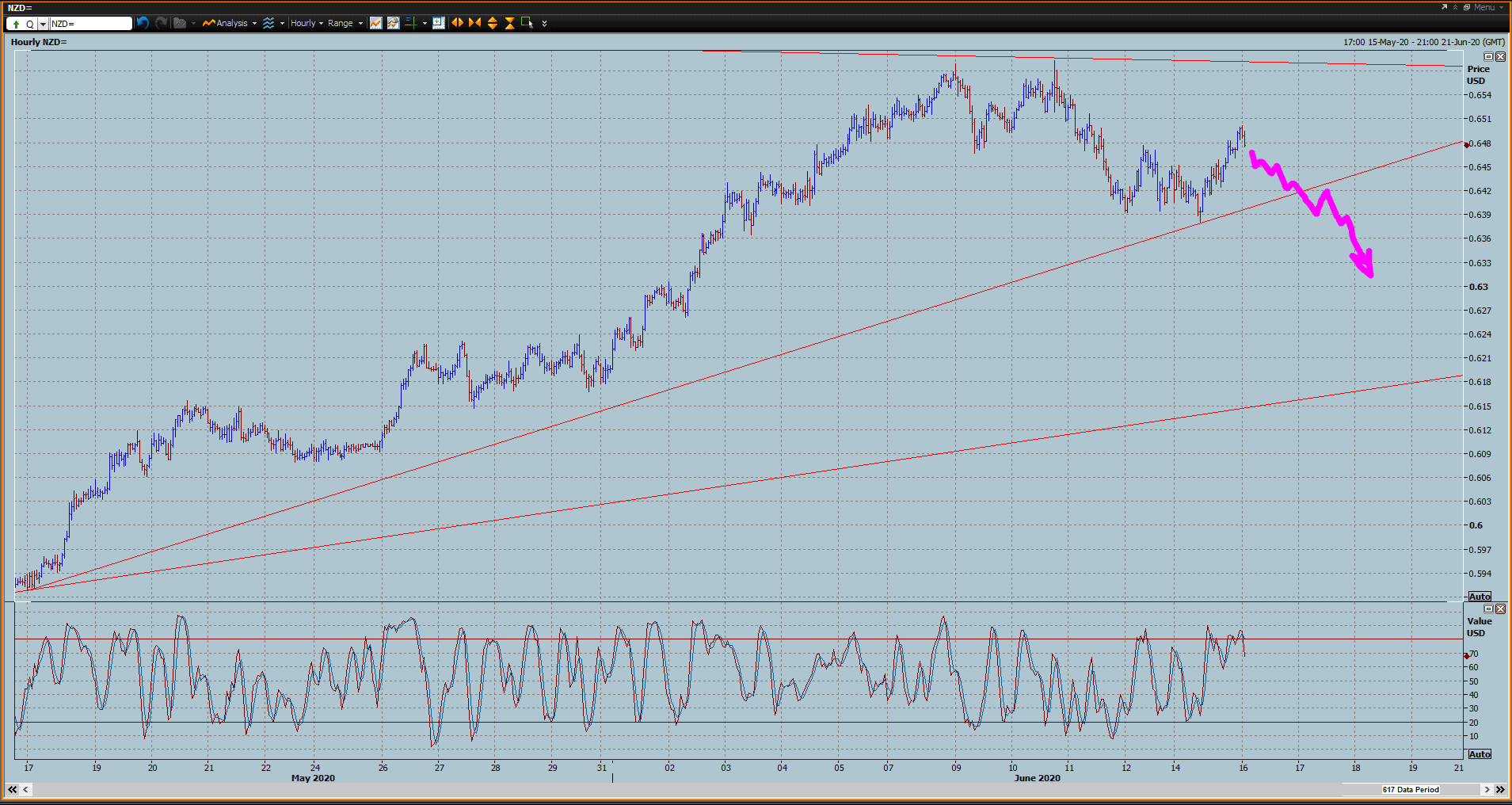 CEO & Founder of Traders4Traders – Brad has been trading for 28 years and was a former Chief FX Trader for Citibank. Brad trades all markets and all timezones.

Get Funded
Join our Forex T4TCapital Trading Programme and let us run the risk!
Get Educated in your own time and learn how the bankers trade.
Our Complete Online Forex Trading Course is the ideal starting point for all traders, both beginners and veterans .
Make trading a full-time career
Our Fast Track Forex Trading Workshops will take you from the beginning to being a full time trader in 5 days.