Today’s focus turns to US CPI

OK, traders, the major currency pairs are on the move so it’s time to tune back in and pay attention.

The USDJPY rose to a four-day high of 107.39 after Chinese President Xi Jinping promised to cut import tariffs & vowed to open China’s economy further and protect the intellectual property of foreign firms, easing concerns about a U.S.-China trade conflict that had fed safe-haven demand for yen.

So it was Risk-On all the way – AUD, NZD, CAD all rallied along with USDJPY.

The EURUSD rallied close to 80 pips after ECB policymaker Ewald Nowotny told Reuters in an interview that its 2.55-trillion euro ($3.15 trillion) bond-buying program would be wound down by the end of this year, which would then pave the way for the bank’s first rate rise since a fumbled move in 2011.

Those comments, combined with the ECB’s annual report from yesterday, continue to support the Euro although the EURUSD gave up some gains after an ECB spokesman said Nowotny’s comments about the future path of ECB rates do not represent views of the bank’s rate-setting Governing Council.

The GBPUSD rose to a two-week high after a top UK policymaker said the Bank of England should press ahead with an interest rate hike to curb inflation.

The USD index was down 0.23% at 89.63, still close to a nearly two-week low, although the move lower has been modest by recent moves.

It was surprising the dollar index did not get much of a boost from data showing U.S. producer prices increased more than expected in March. The surge in producer price inflation is another sign that inflationary pressures are building rapidly, and should keep the FED on track to continue raising rates in 2018.

There’s a number of things to keep an eye on, namely China’s CPI & PPI data as well as later in the day the RBA Governor Lowe’s speech.

There’s also a bunch of peripheral Japanese data which I usually wouldn’t worry about, but consider the safe-haven trade is still lurking it makes sense to see if this data has any impact on the Nikkei.

Once again the JPY and JPY crosses will be the flavour of the day in the Asian session.

All eyes on Sterling as we have the high impacting UK Manufacturing Production as well as ECB President Mario Draghi speaking.

We’re starting to get back to fundamental basics: central bank and economic data, so we should start to see an increase in trader activity across the majors.

Both the EUR & GBP are driving higher. We have technical levels and momentum to work with so today’s session could be a good opportunity to get some good trades happening.

It’s time to hit the action stations as we have the US CPI data.

This is by far and away the most important release for the week. The USD has been drifting lower and that may all change today if we get some variance in the CPI numbers.

Strong CPI – above 0.0% and the USD should rally across the board.

Weak CPI – less than 0.0% and the USD should fall across the board.

We already have weak USD sentiment so the best trade to me is going with the recent momentum and that requires weak US CPI data. Preferably -0.1 to -0.2% would be huge.

Of course, beware the Trumpinator…. he has the potential to derail everything. If he does talk up tariffs then sell USDJPY, AUD, NZD & CAD. 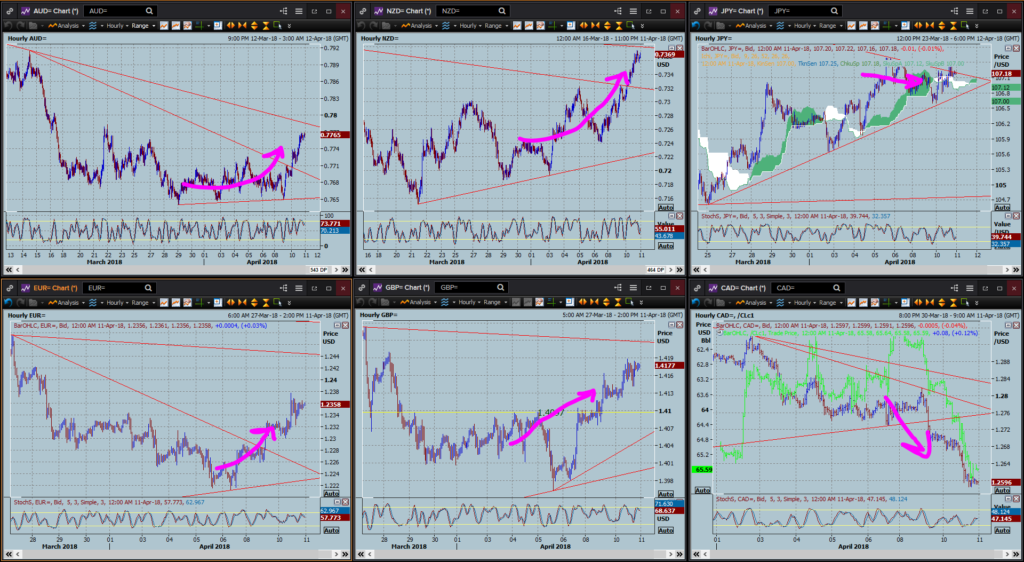 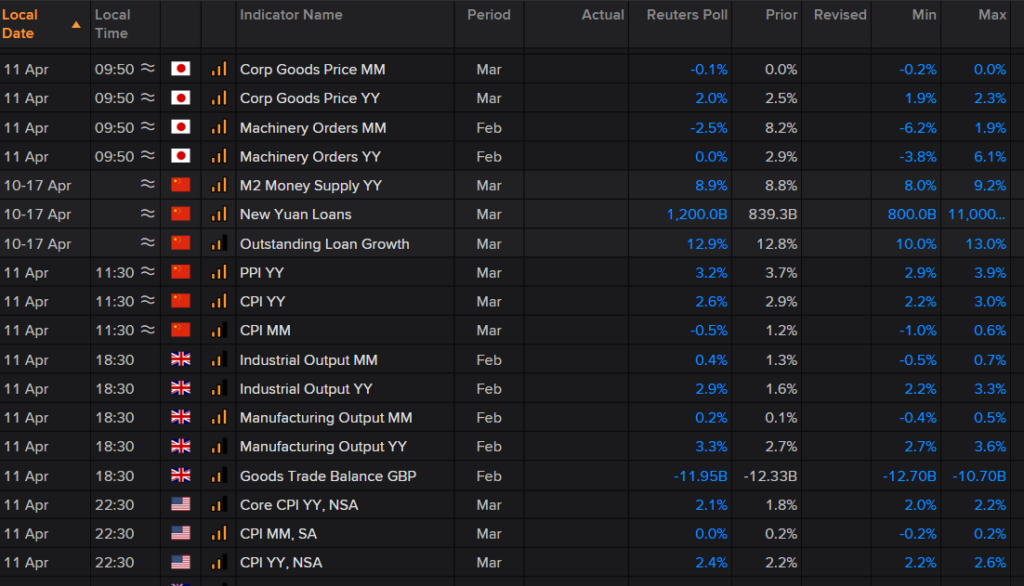