Today’s focus turns to the CAD

USD drifts lower, there was a lot of ‘potential’ in the markets yesterday and to be honest I thought the overall results were disappointing. From a traders perspective anyway!

Ideally, what we wanted was ‘results’ that fed the current trends, and instead, all we got was the opposite.

The BOE downgraded forecasts probably a little further than most analysts expected and that to an overall move lower in GBPUSD. But it wasn’t before we had a spike to 1.3617. The low on the day was 1.3457 giving us a nice 160 point range. But it was not an easy event to trade & that was largely expected.

Now I know that’s slightly weaker and we did get a move lower as USD drifts lower, but it wasn’t exactly massive. The slight variation created a ‘stop-start’ move and with it going against the general trend it was a tough one to ride out.

I left a few positions on thinking we’ll see the slow climb turn into a rapid move, but it didn’t happen, and in the end, all that happened was I got stopped out at breakeven on a few positions that were up 25-30 pips. That sucks!

But now the air has cleared and the dust has settled I think the weak numbers will provide us with enough momentum for a relief rally on the majors (fall in the USD as USD drifts lower).

And I think that’s where the gravy is from the CPI release as is often the case with big events. The best trades are often the day or two afterward.

There were a few second/third tier releases on the AUD & NZD but nothing to get overly excited about.

The Yen crosses are starting to fly about so I think that’s where most traders attention will be.

The only major release coming out in Europe is Spanish CPI data. Now that rarely impacts but you know what, I’ve seen stranger things happen, so it may well be worth your while to check it out.

The USD drifts lower and trading should be pretty light with most traders looking for the relief rally in EURUSD towards 1.2000.

There have been plenty of left field ‘geopolitical’ comments coming out in the European session so just be wary of that.

There’s not much to do today except focus on the technical levels and prepare for the Canadian employment release.

The Canadian data has nothing else to contend with so you can be sure every trader in North America will be focusing on it.

It’s aggressive and sure to add some spice to the session if there is any level of variance. 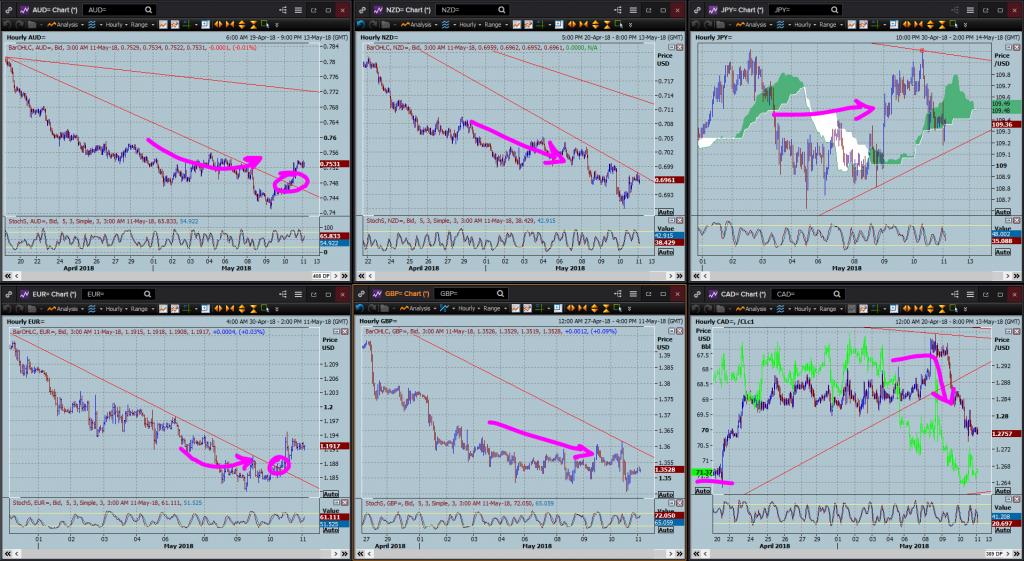 Check our Daily Analysis for detailed analysis of the Major currency pairs.

The idea of our “Market Insight” is to give you some guidance with your daily preparation.

Your Daily Analysis needs to become habitual – For full guidance on our daily routine click here.