The USD rose for a second straight session on Tuesday, a day after posting its biggest daily rise in a week, as the currency continued to benefit from optimism surrounding U.S. tax reform.

On Monday, the Republican-controlled House of Representatives voted to go to conference with the Senate on tax legislation, setting up formal negotiations on the bill that could take weeks to complete.

The Republican-led Senate is expected to hold a similar conference vote later this week.

In late trading, the USD index, was marginally higher at 93.32 after hitting a high of 93.49 earlier in the NYKYsession.

Sterling which is continuing to be a Brexit basket case, trimmed early losses to trade down 0.2% at 1.3435 as broad disappointment over the lack of a Brexit deal prompted some traders to cut their GBP long positions.

Prime Minister Theresa May failed to clinch a deal on Monday to open talks on post-Brexit free trade with the European Union after a tentative deal with Dublin to keep EU rules in Northern Ireland angered her allies in Belfast.

The Canadian dollar briefly strengthened to a six-week high against the USD after data showed a rebound in the country’s exports one day before an interest rate decision by the Bank of Canada.

Canada’s trade deficit narrowed to C$1.47 billion in October from a revised C$3.36 billion in September as exports increased after four consecutive monthly declines. Economists had forecast a deficit of C$2.70 billion.

This report, combined with last week’s stellar employment report, will give the Bank of Canada food for thought leading into today’s Interest Rate meeting. It may in fact change their tone so all eyes on the CAD later today! 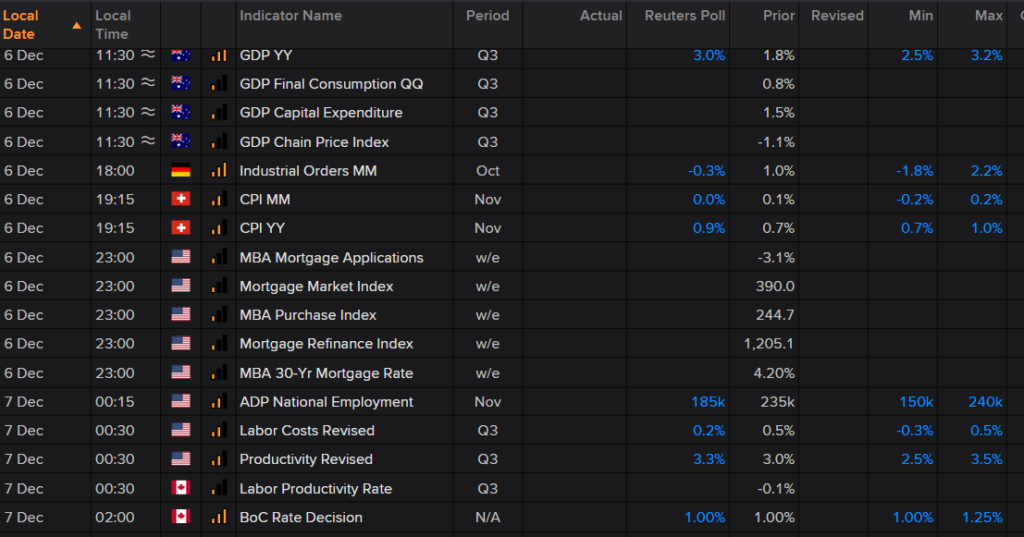 The USD is edging higher but it’s baby steps at the moment. With so many false breaks the past few weeks they appear a bit tentative to get into the market at these levels. 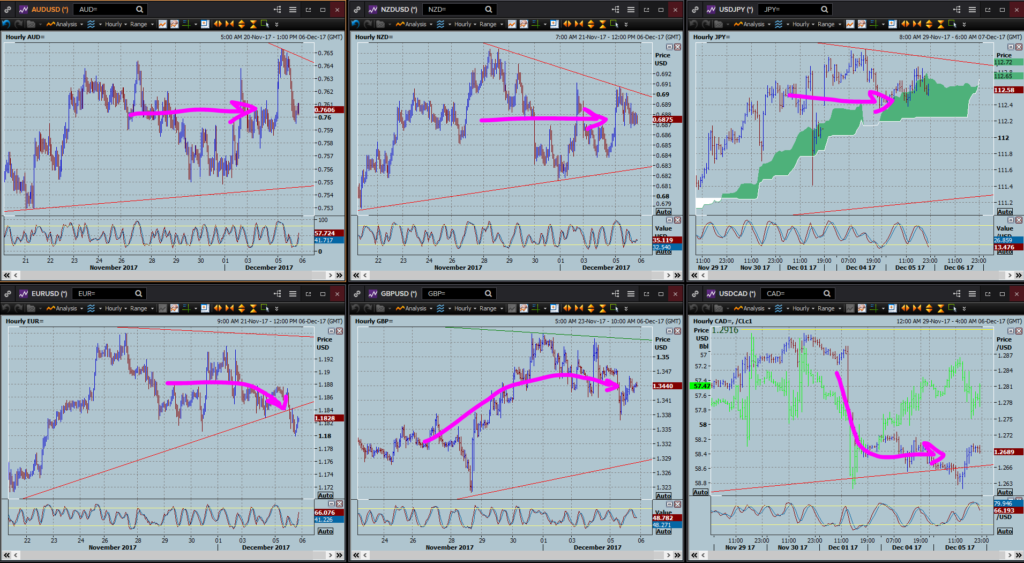 Bit of a false start yesterday after stronger Aussie retail sales. It’s set up nicely for a downside move if Aussie GDP is weak!

Sideways trading despite slightly stronger global milk auctions data. It should track the AUD from here.

Drifting lower after breaking down through 1.1840 suppoort. It hasn’t gone far so I’m not convinced just yet it’s going lower.

Edging higher with the slight positive USD sentiment. But it’s not exactly convincing. Waiting for the next round of US data. 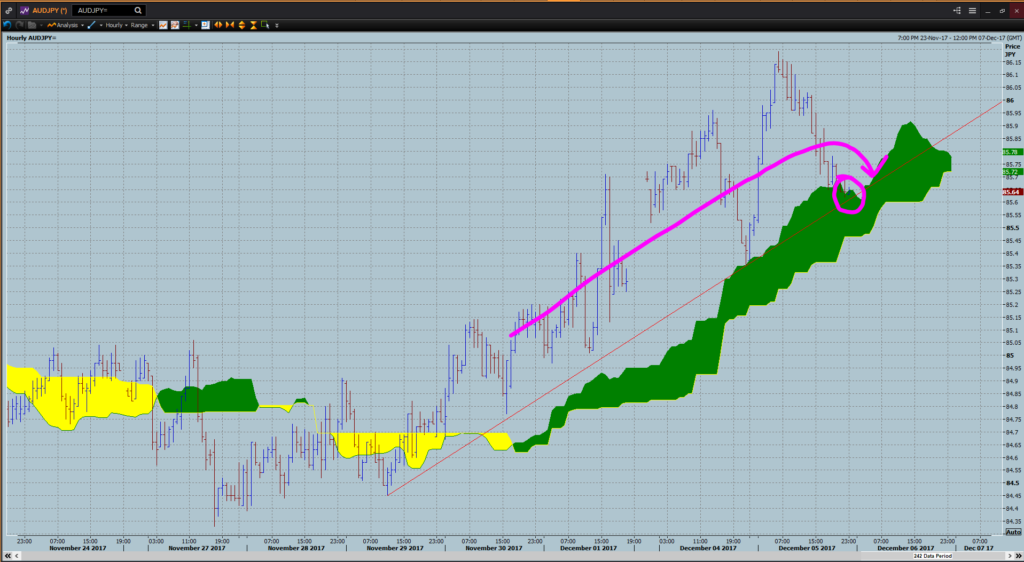 We have a load of opportunities today but the Aussie GDP is probably the best.

The BoC rate decision meeting could be big but you’re going to have to decipher their Statement to really get a handle on their sentiment, and that can be tough to do quick enough to trade before the currency takes off.

One thing is clear the market is getting more confident with the potential for US tax reform so until we hear any different you should be looking at buying USD’s on dips.

It looks like a great day to trade so tune up your charts & get ready to trade.