The USD Index fell on Wednesday from 93.92 to 93.21 (0.75%) its lowest level since October, marking its worst one-day performance in five months.

The release of minutes from the Federal Reserve’s most recent policy meeting, weak U.S. data and technical trading aligned to send the USD tumbling against both safe-haven and risky currencies.

The USD plumbed its lows of the day after the release of the Fed’s November meeting minutes showed policymakers were concerned about inflation, which has remained subdued.

“Clearly the market took that as a sign of dovishness from the FED,” said Mark Barclay, Head of strategic trading at T4T.

Against the Yen, the USD fell more than 1%, touching its lowest since late September. It was the USD’s largest single day fall against the Yen since May.

The USD fell more than 1% against the Swiss franc & Canadian dollar, whilst the Euro rose to a five-day high against the dollar of $1.1827.

New orders for U.S. made capital goods unexpectedly fell in October after three straight months of strong gains and a measure of goods orders that strips out volatile components had its biggest drop since September 2016.

The University of Michigan’s consumer sentiment report also showed a decline in expectations for long-term inflation.

While the data may have sparked selling, some analysts think the USD’s strong declines were largely a result of low volume in the market a day before the U.S. Thanksgiving holiday and currencies touching important levels, prompting automatic trades.

I on the other hand beg to differ and think these moves are the stop of a big USD sell off through December as the FED sits tight on rates.

I do however recognise the US holiday may create some ‘loose movement’ in the majors as liquidity drops out, but that could also lead to some extreme moves in the market. And with the recent data you’d have to think it’s going to be further USD weakness!

There’s no US data today unfortunately but we do have a range of other data to kick us into gear.

Now what we’re looking for is strong data. Any strong data today works directly with the weak USD sentiment and that gives us great trades. So pay attention!

The USD is on the move ‘southside’ so tune up your charts and start looking for entry levels. 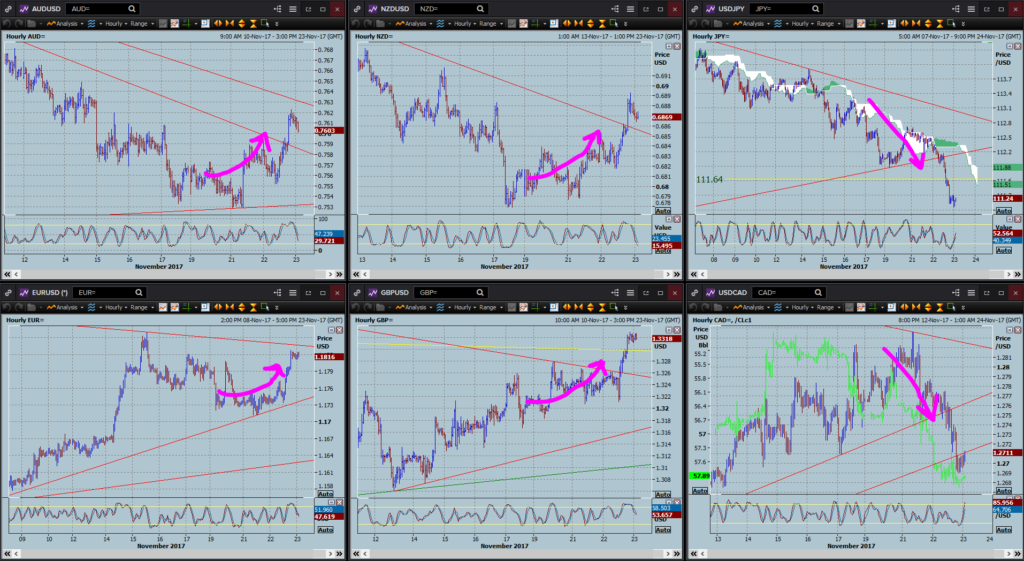 I’m looking for levels to get long as weak USD sentiment should be in the market for the remainder of the week at the very least!

There’s no levels on the topside so buying dips back towards 0.6860 looks the way to go.

The USD has really taken off. Ideally I’d love to be getting short back towards 111.90 resistance

I’ll be wathcing the German & Eurozone data closely today. Any strength and I’ll be buying as it breaks 1.1835 resistance.

Sterling has already popped higher so I think we’ve missed it, plus Brexit still hangs over it like a bad smell! Too hard at these levels.

It’s already taken off. I’ll be looking to get short back towards 0.9880 resistance. 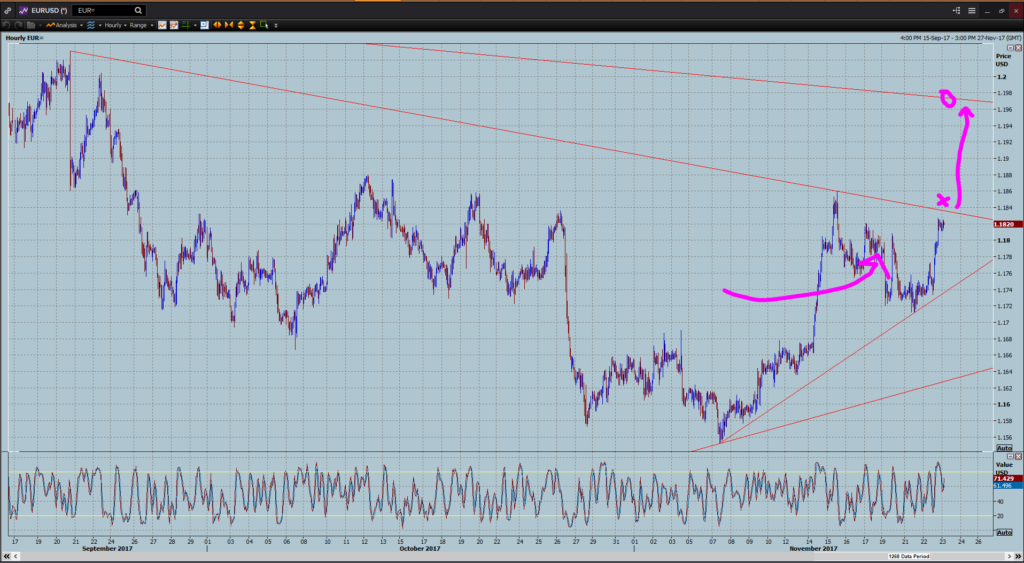 Join us for the 1st of a 5 part Series on: How do Bankers trade forex?

Believe me, Hollywood has a lot to answer for, although a lot of the shenanigans you may have seen on the ‘Wolf of Wall Street’ were pretty close to the money!

Don’t get me wrong, the traders have a hell of a lot of fun but when the market is ‘on’ they are extremely focused!

You’ll be surprised at how much trading they actually do.

Schedule: Check your timezone location below

We’ve had a quick 1-2-3 releases that all point to a loower USD and the markets have reacted favourably.

I think this could be the start of something really big. Now the key is to not chase it, so focus on the majors that have technical levels.

Otherwise you’ll end up trading mid-range and we all know how that usually ends.